APRIL 19TH 2014, NARVIK, NORWAY: Time-lapse of the ore carrier “Berge Arctic” waiting in Narvik harbour. Both LKAB and Northland deliver their iron ore from Narvik. The Berge Arctic is owned by Berge Bulk.

How does the studio strobe, the speedlight and the hybrid compare with regards to power?

Despite an ok collection of flashes (3x 600ws studio strobes, 2x 580EX II, 2x YN560, 1x YN565 plus some more), I got a little panicked when a job requiring 4 studio strobes came to me. A photographer friend loaned me a strobe for the job, but I also ordered the latest and newest in the world of flash: the Godox Witstro AD360.

In short, the Witstro flashes are a hybrid between a speedlight and a studio strobe.

There are currently two models Witstro available, the AD180 and the AD360. They both have much of the power of the studio strobes at the same time as they are a lot more portable. They compromise by being bigger and heavier than a speedlight, they do not have TTL (yet) and needs a separate power pack to operate. They also lack the model light that a studio strobe has.

I wanted to know how the flashes compared to each other with regards to power output, so I set up a little test. All the flashes where fired with the same camera settings, the same distance, etc. Thus I got some data for a comparison.

The test also show that with an umbrella mount, the speedlight and the Witstro is less centered than the studio strobe.

What I had not expected was that the 580EX II is noticably warmer than the two Godoxes with regards to colour temperature. Unfortunately that means they cannot be used together without some gels to compensate.

Setup for the test:

Godox FT-16 triggers where used for the Godox flashes, while the 580EX II where triggered by Phottix Odin.

Mid 2013 Facebook made news feeds useless for some. The main culprits are called “story bump” and “last actor”.

Facebook allows to main ways to sort your Facebook feed: Top stories and Most recent. I am a linear kind of guy, so I have always preferred most recent.

As of mid 2013 the most recent option is actually no longer an option as of the introduction of story bumping and last actor.

Story bumping makes assumptions on your behalf that some stories by some friends are more interesting than more recent stories if you have not already seen that story. Thus it messes with your news feed timeline.

Last actor prioritize by whom you’ve last interacted with, by such as likes or comments. Then these stories will be bumped.

End of story is that my news feed feels like nagware. I see the same stories time and time again, with no relation to where in the timeline I saw it last. And that is annoying.

Faceboook, please bring back a truly chronological order option, and stop making assumptions on my behalf.

I am thirsty for some caipirinha, so I am looking for an ice crushing blender. The Dualit is an exceptionally beautiful blender, though quite expensive. However, upon asking Dualit online customer service if the Tritan jar is BPA free, the answer is “Unfortunately we can not confirm that the jar is BPA free.”

What is BPA?  Bisphenol A (BPA) is a man-made carbon-based synthetic compound with the chemical formula (CH3)2C(C6H4OH)2 belonging to the group of diphenylmethane derivatives and bisphenols. BPA is used to make certain plastics and epoxy resins; it has been in commercial use since 1957.

BPA-based plastic is clear and tough, and is used to make a variety of common consumer goods (such as baby and water bottles, sports equipment, and CDs and DVDs) and for industrial purposes, like lining water pipes. Epoxy resins containing BPA are used as coatings on the inside of many food and beverage cans. It is also used in making thermal paper such as that used in sales receipts. It is part of the bisphenols group of chemical compounds with two hydroxyphenyl functionalities. It is a colorless solid that is soluble in organic solvents, but poorly soluble in water. Bisphenol A has a vapor pressure of 5×10−6 Pa.

BPA exhibits hormone-like properties at high dosage levels that raise concern about its suitability in consumer products and food containers where exposure is orders of magnitude lower. Since 2008, several governments have investigated its safety, which prompted some retailers to withdraw polycarbonate products. A 2010 report from the United States Food and Drug Administration (FDA) identified possible hazards to fetuses, infants, and young children.

Since that time numerous studies performed at the National Center for Toxicological Research have been performed that addressed many of those issues. The European Union and Canada have restricted BPA for use in baby bottles. Whereas US FDA has removed the use of BPA in baby bottles, sippy cups and infant formula packaging based on market abandonment, not safety.

I have gotten a new studio strobe. It uses the same IGBT technology that speedlights uses. Thus it recycle a lot faster and at lower power it flashes faster than traditional studio strobes, while keeping the superior power output. I also have a battery pack so I can use it in the field.

On the downside, it is a lot bigger and heavier than speedlights.

I have made a short video showing the recycle speed:

Robin Lund .com is behind the graphic design of the 196 pages magazine “LEVE i Narvikregionen”. Lund also has contributed with text and photography.

This is a portrait of Andreas Jakobsen, a technical school of Narvik student. As he was going to the nuclear research facility in CERN of Switzerland, I made a composite commissioned for an article in “Magasin Narvik”. 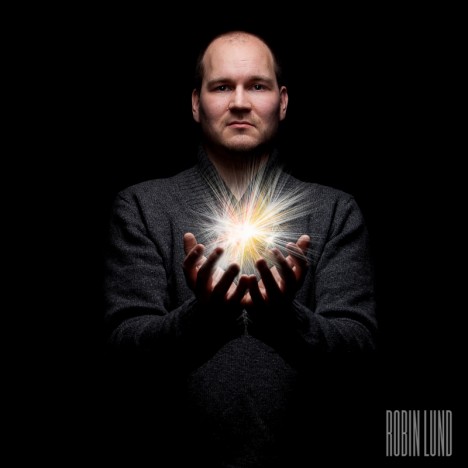